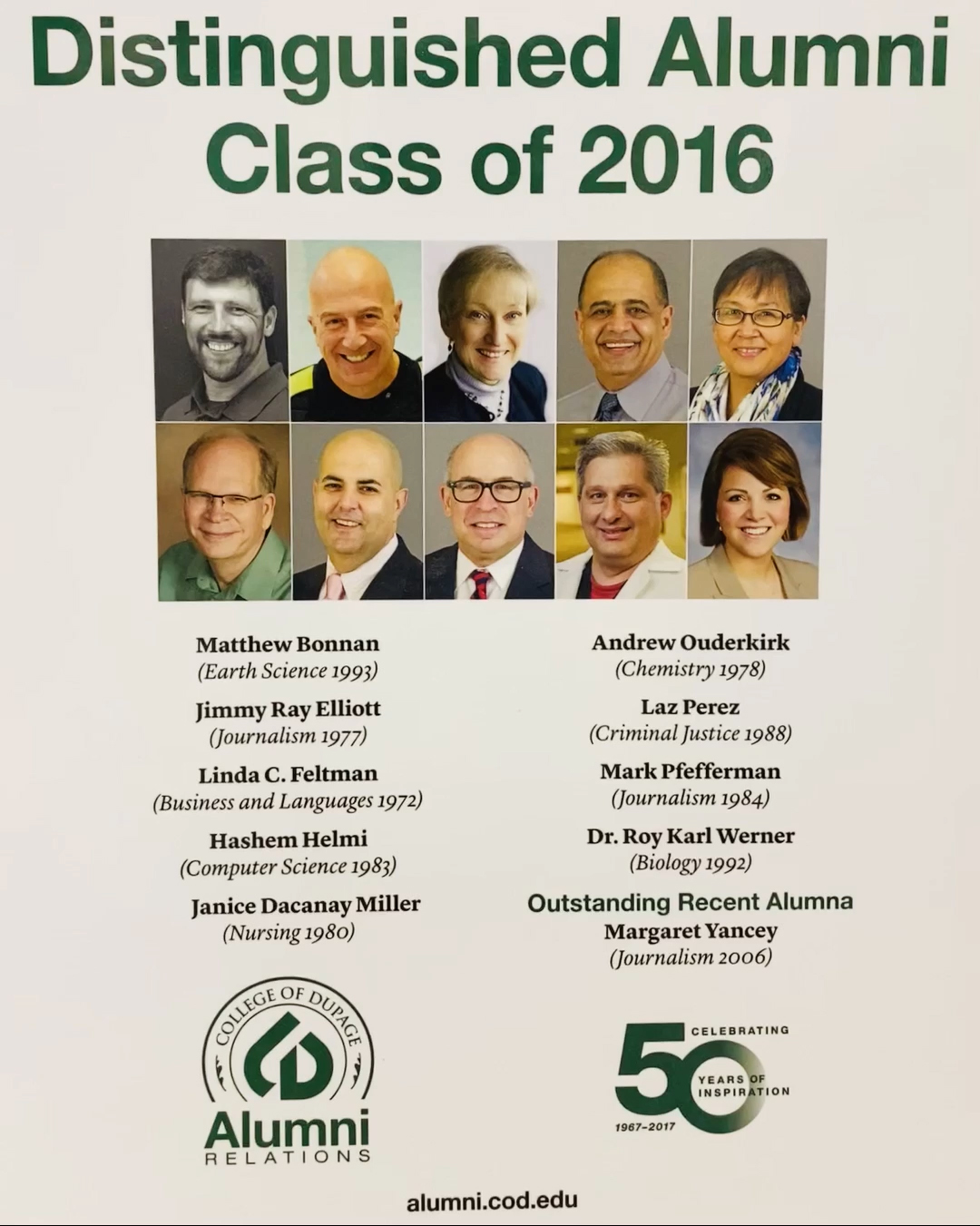 Diveheart founder and president Jim Elliott was recognized as a distinguished alumni by the College of Dupage where he graduated as a journalism major in 1979. Elliott’s experience at COD led him to Northern Illinois University where he graduated as a news editoral/ public relations major and was recruited right out of NIU by the Chicago Tribune. Elliott’s career coninued in media, as he moved on to WGN Radio and helped start up CLTV News for Tribune Broadcasting. Elliott moved on from a media career to found Diveheart in 2001 to help those with disabilities through scuba therapy.