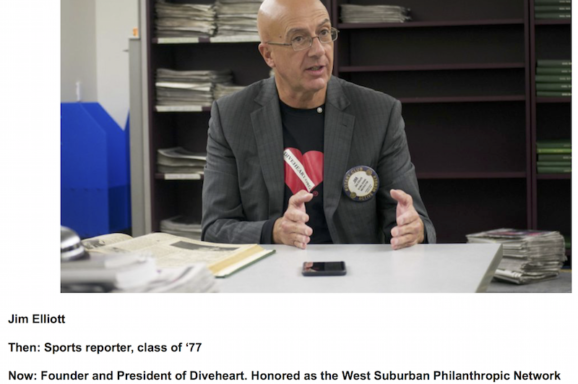 Now: Founder and President of Diveheart. Honored as the West Suburban Philanthropic Network Humanitarian of the Year. 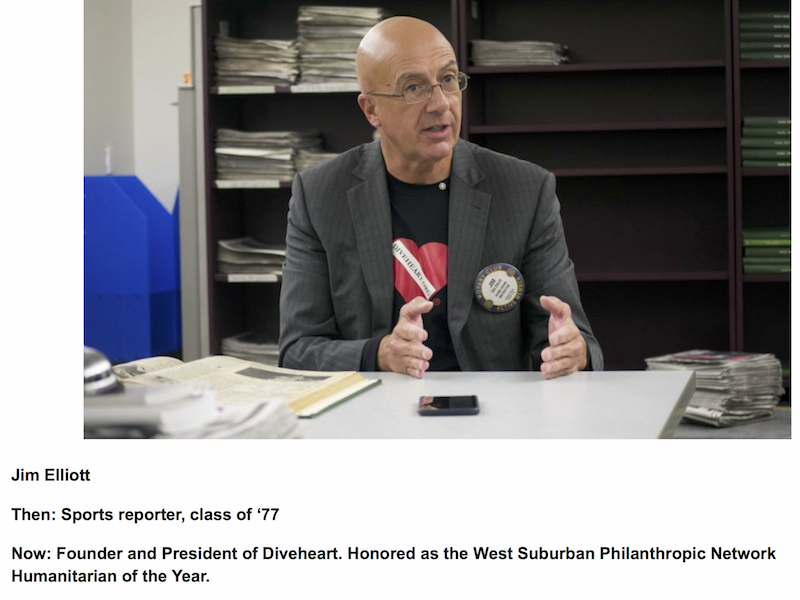 Jim Elliott attended COD as a journalism major, covering the state championship-winning hockey team for the Courier. After graduation he was offered a job at the Chicago Tribune and moved to radio and television. Elliott followed a 20- year dream in 2001 when he founded his non-profit, Diveheart, where he works every day without collecting a salary. Elliott is a noted Rotarian and has been featured in Money magazine, Success magazine, CNN, ABC7 and more.