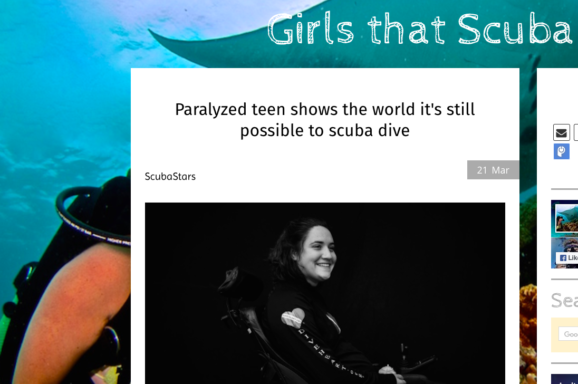 My accident happened while training for the U.S. Barefoot Nationals. I had been competing and winning at the national level for several years. There are three events – tricks, slalom and jump. I was the defending national champion in tricks and runner up in slalom in 2013. I had decided to add jump to my resume in 2014. I was with my coach one week before the tournament, basically just touching up my trick run and decided a few more jumps would build my confidence. Then, while my coach and teammates watched from our boat, I tripped on the water and at 43mph and hit the jump head first. I immediately knew I was injured and fearful for my life. I had broken my neck in several places and my right arm was disfigured. I was physically unable to help myself, but my mind was alert the entire time.

After months of physical therapy I was introduced to adaptive sports-something that both motivated and scared me! It was during this transition to my new normal that I met Sarah Arends-Repka and Scott Alm. Scott suggested I try SCUBA, my first reaction was, “Are you crazy? Six months after nearly drowning and you want me to do WHAT?”. A few weeks later I was introduced to Diveheart.org and decided I could not let the fear consume me any longer. I showed up at the pool and was diving within an hour! I was hooked.